The 140,000 miles of freight railroads in the US average 470 ton-mpg. Here is a CSX commercial referencing 423 miles per gallon. 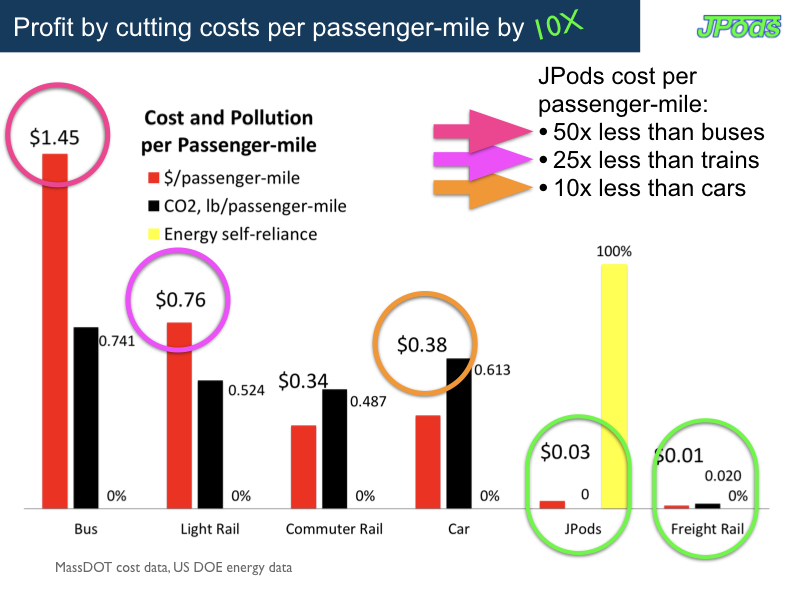 By removing the two tons of parasitic mass and removing the repetitive start-stops, more the 90 cents out of every dollar spent on urban transportation today can be recovered as:

JPods was founded by veterans in 1998 because we understood that oil-wars since 1991 would continue as long as America is funding our enemies with oil-dollars.

JPods is not alone in understanding that foreign oil addiction is a direct threat to national security:

As soon as liberty to digitize mobility networks is restored, millions of jobs will be created building the Physical Internet®. JPods are an affordable urban component.